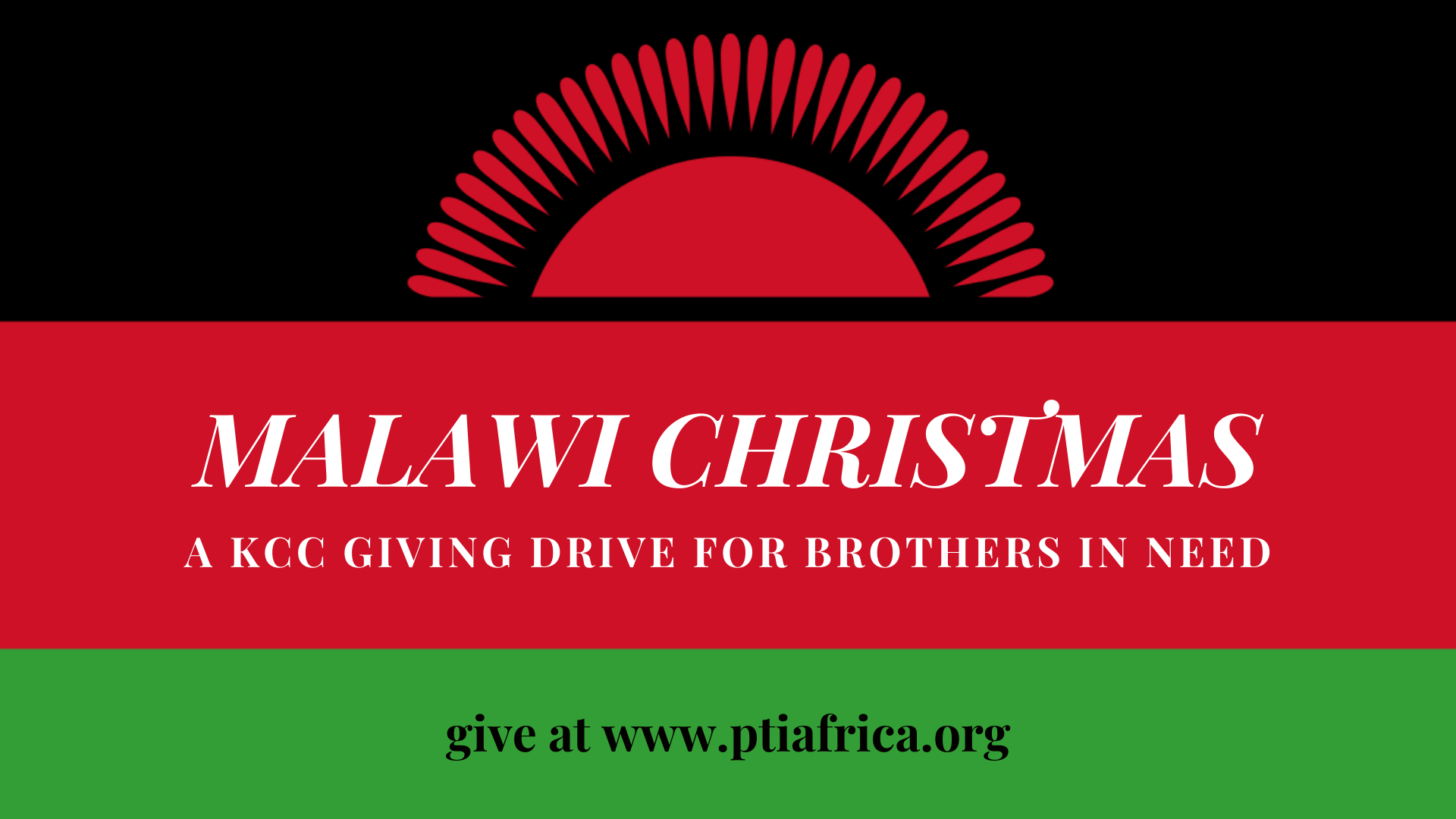 Give to Malawi Christmas Giving Drive

The Christmas season is a time of giving to friends and family and to those in need. COVID has inconvenienced us in many ways that have been legitimately hard, but we must remember that many people are suffering in ways well beyond what we have experienced.  Pastor Robert Manda estimated that 2.8 million people in Malawi are facing terrible hunger, in part, because of how the virus has crippled the economy.  So throughout the month of December, we are encouraging over and above generosity to be directed to hunger alleviation for our brothers and sisters in Malawi. 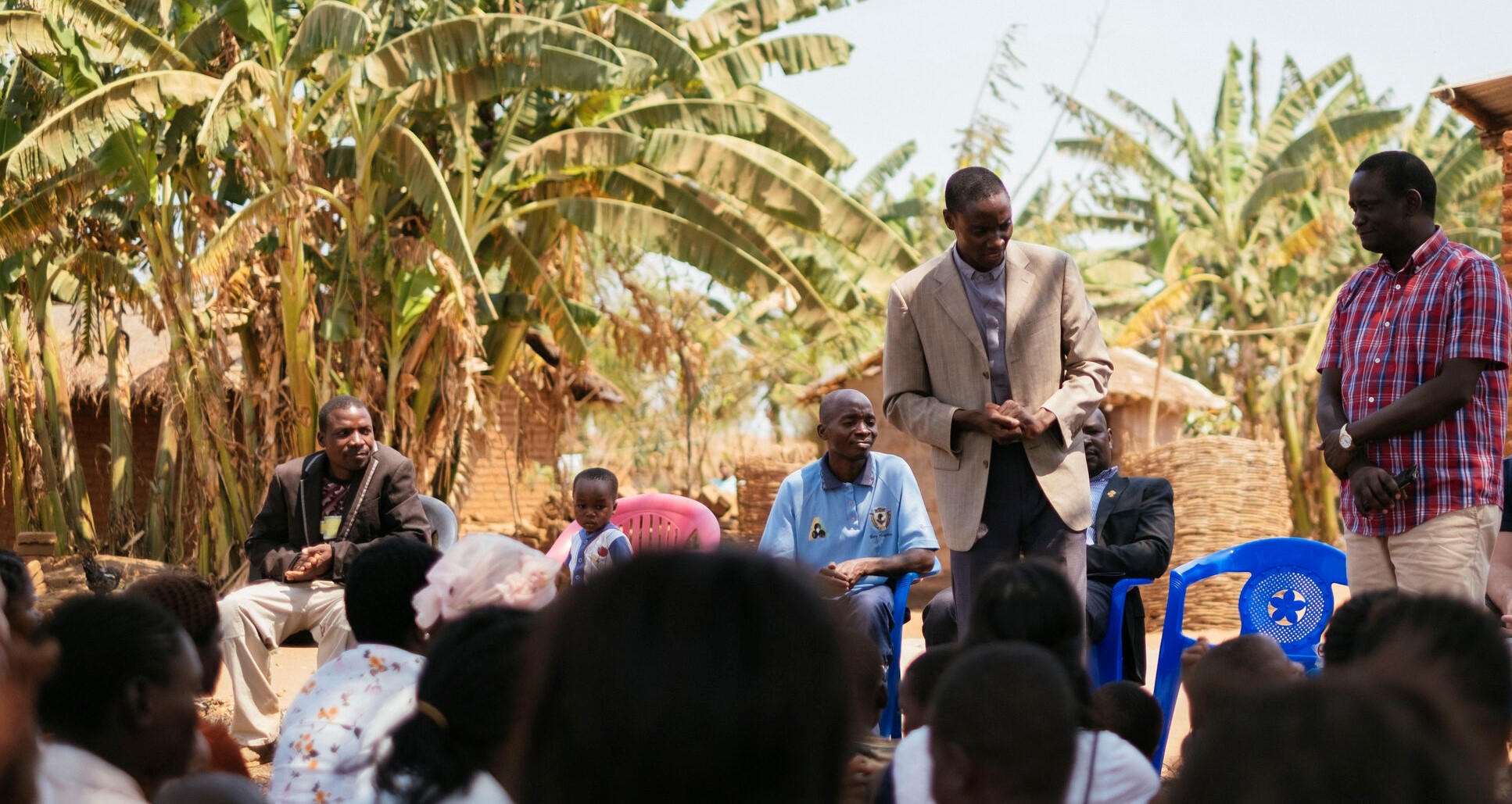 KCC’s Growing Relationship with the Pastoral Institute of Africa

KCC is developing what we hope will be a long-term relationship with local pastors in Malawi, Africa. In March 2020, I had planned to travel to Malawi to teach at a pastor’s conference, by  invitation from Pastor Robert.  Since then I was invited to join the board of the Pastoral Institute of Africa (www.ptiafrica.org), which has a mission to disciple and train church planters to plant healthy, reproducing, Christ-Centered churches throughout Africa.  PTIA trains and equips pastors to plant churches, and sends them into rural Africa to reach people for Jesus and establish churches that plant churches.  Over the years we hope to take short term missions trips with KCC people to Malawi to strengthen our bonds of love with these pastors.   If you would like hear Pastor Robert’s heart for his country and continent, listen to this 15-minute talk he gave at the Acts 29 Global Conference a few years ago.  Pastor Robert is an Acts 29 pastor, and is a co-director of the Rural Collectives initiative.

It may be a bit confusing since our Thanksgiving offering went to the Southern Africa Church Planting Initiative, which is a Fellowship of Evangelical Churches connection, which Pastor Matt Boyers is involved in. This is a different organization, but is in the same part of the world, doing the same kind of kingdom work.  Pastor Matt and Pastor Robert know one another and plan to collaborate in the future.  Our connections with Acts 29 and with the Fellowship of Evangelical Churches are coming together, in southern Africa, of all places.

“Life is Not Fair, but God is Good”

I had the opportunity to spend some time with Pastor Robert about a year ago, along with Pastor Matt Boyers.  We took Robert out to a steak dinner and as we were driving through a wealthy suburban neighborhood to drop Robert off at the home of his American host Matt asked Robert, “What do you think when you see the way we live in America?”  Robert said, with a smile, “Life is not fair, but God is good.”  His reply impressed me both with its honesty, and trust in the goodness of God.

What do we do with that?  When faced with the inequalities of life and we are the blessed ones, we often shrug our shoulders and say, “Life is not fair.”  Or, we start thinking politically, and since most of us don’t like the idea of government mandated financial equality (I know I don’t), we think, “What can I do about it?”  But there is something we can do about the unfairness of life. Because life is not fair, we can be generous.

For I do not mean that others should be eased and you burdened, but that as a matter of fairness your abundance at the present time should supply their need, so that their abundance may supply your need, that there may be fairness. As it is written, “Whoever gathered much had nothing left over, and whoever gathered little had no lack.” 2 Corinthians 8:13-15

To bring Paul’s 1st Century scenario into the 21st Century, we are like the wealthy Corinthians who have abundance.  Brothers and sisters in rural Africa are like those suffering in Jerusalem.  God has given us abundance so that we may supply their need, “that there may be fairness.”   Life is not fair, and financially speaking, most Americans have received the long end of the stick. So what can we do? We can give generously to those who have less.  Don’t give out of guilt.  Give out of love for your brothers and sisters in Christ.  You may never meet them in this life, but because of the gospel, we will join them side-by-side around the throne of Jesus when He returns.

How to Give and Track Giving

The Pastoral Training Institute of Africa is a 501c3 non-profit organization that has a board that gives oversight to the finances given to PTIA. KCC doesn’t need to be a middle-man, so please give directly to the PTIA on their website (ptia.churchcenter.com/giving), and you can choose to give to “General,” “Support for Pastors/Church planters,” or “New Life Church Building Campaign.” That is up to you and if you are not sure, give to the general fund.  I have told Pastor Robert and the PTIA treasurer that our heart is to help alleviate hunger, but we trust them to use the funds to for the greatest need as they see it.

Three ways to give:

2. Write a check to “Pastoral Training Institute of Africa,” bring it on Sunday mornings, and place it in the offering.

3. Send a check with “KCC Malawi Christmas” in the memo line to:

As a church we would like to track how much we’ve given so we can celebrate together. So when you give, please fill out the Malawi Christmas Giving Drive card in the bulletin, or email Chad Baus so we can tally our collective giving.

Have yourselves a Malawi little Christmas!

Give to Malawi Christmas Giving Drive